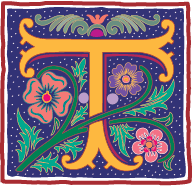 hroughout the course of history, urban segregation has existed at almost every time and place, proposing challenges to anthropologists and urban planners. This isolation has caused differentiated urban spaces, accessible only to those admitted or accepted in the particular community. Teresa Caldeira’s work focuses on the degrading social scene in São Paulo, where characteristic patterns of urban sprawling have not only led to severe geo-spatial separation and hate, but also to isolation based on class-distinction and fear. James Holston and Arjun Appadurai’s analysis of the conceptual citizenship that happens in cities makes various interesting claims about the relationship between democracy, citizenship and the modification of public space.

In her book City of Walls, Caldeira addresses the issue by analyzing the changes in urban growth patterns in São Paulo. She recalls data that shows a center-periphery model as the “pattern of urbanization [that dominated] São Paulo’s development since the 1940s.” This dispersed growth pattern generated tremendous distance between the rich (who were concentrated in the “central, legalized, and well-equipped neighborhoods”) and the poor, who were located on the “precarious and mostly illegal periph­ery”—segregation was spatially and financially related (Caldeira 2001:220). The pattern changed, however, during the 1960s, when the increasing middle-class desired better conditions than the poor but were unable to afford the cost-of-living associated with the wealthy center (p. 226). The intense growth of São Paulo during the 1970s, coupled with increasing violence, only aggravated the disastrous conditions of the poor, who underwent various demonstrations. The subsequent “political mobilization1 of those previously excluded” brought awareness to the immense urban segregation (p. 232).

Caldeira (2001:243) blames a “new” urban segregation of the 1990s on the construction of closed condominiums, or what she prefers to call “fortified enclaves,” giving rise to the “city of walls.” The center-periphery model no longer fits the pattern of urban growth in São Paulo. Whereas before the 1990s the upper, middle, and lower classes were arranged spatially in concentric circles2, the “new” segregation shows the extremely wealthy conjoining and “sharing” the space occupied by the poor through the construction of fortresses of security, inaccessible by anyone unauthorized to set foot in this public-yet-absurdly-exclusive space. Nevertheless, violence is not the only participant in the issue of segregation. Caldeira argues that also, on the other hand, crime and fear stories legitimate the increased surveillance in such segregationist strongholds.

The segregation status in the city of São Paulo is inconsistent with the principles of an inclusive city. Holston and Appadurai (1999:4) argue that it is obvious that “many poor citizens who have formal membership in the state [are] excluded in [practice…] from enjoying the rights of citizenship.” In São Paulo, the poor and the favela residents are in fact citizens, yet they are unable to participate in various political systems or access certain areas dominated by the wealthy. The creation of the fortified enclaves is recognized as “[employing] urban incorporation to gain the powers of local government.” It is virtually a “legal” privatizing of a public space—which is both morally and politically incorrect—and avoiding punishment for violating human rights, while wrongfully—but successfully—“keeping the undesired out” (Holston et. al. 1999:5; italics mine).

The concept of liberal citizenship assumes that there are enough collective similarities amongst social groups to melt the rigidity of contemporary “formal citizenship,” but because of the immense ine­qualities that can be seen amongst the residents of, for example, São Paulo “and the little commonalities that[…]keep them together,[…] the idea of a shared culture seems implausible” (Holston et. al. 1999: 6).  The re-definition of public space leads to citizens’ struggle over the “belonging to the national society.” These struggles, usually manifested in various social movements by the “urban poor for rights to the city,” tend to be tied with “the emergence of democracy [since it] empower[s] [them] to mobilize around the redistributive right-claims of citizenship” (p. 10). The exact same point is argued by Caldeira about the demonstrations by the organized poor in an attempt to claim their right to land and public space. Yet, democracy itself, she affirms, also allows the creation of the fortified enclaves, which have severe conse­quences. Indeed, “once walls are built, it alters public space,” and the same democracy that allowed their construction corrodes itself by creating “segregation and intolerance” —clearly undemo­cratic values (Caldeira 2001:334-5; italics mine). Holston et. al., supporting Caldeira’s work, maintain that “[although] the urban multiplicity [can create] new and more democratic forms of citizenship [it] also results in the emergence of increasingly private memberships” (Holston et. al. 1999:13).

Caldeira’s comparison of São Paulo and Los Angeles serves to recognize the issue at a global scale, as she argues that this pattern of urban segregation can be seen around the world. Cities that have recently undergone democratic transformations tend to be subjected to the same urban estrangement as the city of São Paulo, although “not in the same intensity or obviousness” (Caldeira 2001:323). However, it is visible in cities like Buenos Aires, where the construction of gated communities, which began in the 1930s as exclusive country clubs, have increased dramatically since the 1970s (also because of increasing crime, violence, social awareness, fear stories and real estate partnerships) More importantly, however, construction increased more than 200 percent in the last ten years, booming in the year 2001 when the country collapsed (Thuillier 2005:2-4). Glasze and Meyer (2000) studied gated communities as a rising global phenomenon and analyzed cases of gated community booms in more than 14 locations worldwide, including the United States. Most of the cases were published post-1980s, suggesting—and agreeing with Caldeira, Holston and Appadurai—that the rise of neo-liberal thought and democratic ideals might foster urban segregation and create even more inequality than desired.

Aural Phenomena in the Singing Voice

Aural Phenomena in the Singing Voice